Fancy LotRO RP in Neo-Khuzdul? Now you can!

Posted on August 30, 2015 by kveltrildamberbraid

Update: The plugin-in should actually work on a Mac.

Remember I spoke about a tool for LotRO Dwarf RPers, allowing them to speak Dwarvish with the click of a button (or two)…. well, without further ado, I present to you:

The Neo-Khuzdul Tool plugin is an vital tool for LotRO Dwarf RP-ers that wish to immerse themselves in the language of dwarves (without the need to plough through dictionaries or grammar documents).

The Neo-Khuzdul Tool plugin was long a wish of mine, ever since I first started giving Neo-Khuzdul lessons in Lotro. As I felt there had to be an easier way for dwarf RPers to speak the language of their kind.

Back in February this year I got in touch with Simbo, the hobbit who created the fantastic Poetical tool I frequently used for my dwarf RP. I pitched this idea to…

Posted on March 15, 2015 by kveltrildamberbraid 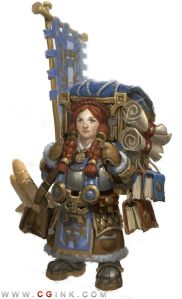 Posted on September 29, 2014 by kveltrildamberbraid
Posted in Uncategorized | Leave a comment

Posted on September 29, 2014 by kveltrildamberbraid 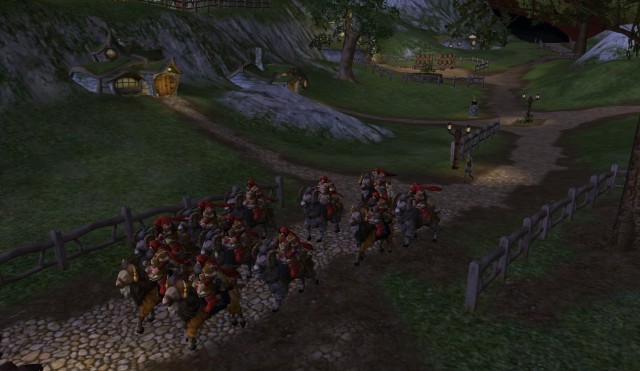 Image | Posted on September 29, 2014 by kveltrildamberbraid | Leave a comment

Meeting with Other Folks

Posted on April 26, 2014 by kveltrildamberbraid

“Please forgive my ignorance but how should I adress you ?”

“To me or Lady Kveltrild ?” Duinn asked and the elf dipped his head at Kveltrild with utter respect.

When Kveltrild first met the hobbits, there was a lot of gossip in the Shire about her beard. The lovely and hardworking hobbits she met were quite curious about her, yet they were keeping their curiosity to themselves.

When Kveltrild travels to the lands of men, she keeps her gender in disguise. That is why she is known as “Master Amberbraid” amongst some with whom she trades with!

I think the elves will be calling her “lady” as she has been already introduced to them as such.

Posted on April 24, 2014 by kveltrildamberbraid

Image | Posted on April 24, 2014 by kveltrildamberbraid | Leave a comment

Posted on April 24, 2014 by kveltrildamberbraid

Of course this is not a wholly original work. Just a poorly edited version of Tolkien’s song. Formerly, there were some untasty happenings in their Hall. But now the things have changed and Kveltrild sings for it:

The lord has come unto his Hall
Under the Mountain dark and tall.

Dwarves have returned to hearth and home
Under the light of the moon and sun.

Gilaim the skald harps he wrought
Sings under the Mountain dark and cold.
Byl has walked the paths of death
Alhvar the mighty holds his hammer high and bold.

Runes we carved at the gates
From roof to floor adorned with silver and gems
Lady’s goblets are filled with plenty
Where Drakenbane’s rule grows ever wealthy.

Dwarf Role Player: You shall not use scissors!
Hairdresser: Then straight razor it is ?

Aside | Posted on December 13, 2013 by kveltrildamberbraid | Leave a comment

Where do we find information and inspiration to play a dwarf woman ?

Posted on November 28, 2013 by kveltrildamberbraid

When I had the idea to play Kveltrild as a dwarf woman, I also had hesitations. Yet the support of my friends in Durin’s Folk gave me courage to start this journey. It has been a learning process for me because RP is learned in the process and RPing a dwarf woman has its challenges as well as immense fun and inspiration.

I looked at the canonical texts and Kandral’s blog to have an idea about dwarf women. Here follows the main source, Tolkien’s paragraph at the Appendix A in the Lord of the Rings the Return of the King:

“It was said by Gimli that there are few dwarf-women, probably no more than a third of the whole people. They seldom walk abroad except at great need. They are in voice and appearance, and in garb if they must go on a journey, so like to the dwarf-men that the eyes and ears of other peoples cannot tell them apart. This has given rise to the foolish opinion among Men that there are no dwarf-women, and that the Dwarves ‘grow out of stone’.

It is because of the fewness of women among them that the kind of the Dwarves increases slowly, and is in peril when they have no secure dwellings. For Dwarves take only one wife or husband each in their lives, and are jealous, as in all matters of their rights. The number of dwarf-men that marry is actually less than one-third. For not all women take husbands: some desire none; some desire one that they cannot get, and so will have no other. As for the men, very many also do not desire marriage, being engrossed in their crafts.”

For over a year now, I have been thinking and working with my friends how to extend the concept of the dwarf women and channel it into RP. The challenge before me was to let my character interact with the other while trying to keep loyal to the description above. At last I have come to realize that there are three paths one can follow:

In Kveltrild’s story I use the second and the third styles. I know the third option is not much lore-friendly, but if played in a balancing way, it enhances RP and lets your character meet other races and make friends with them. To my personal understanding, the final point of Tolkien’s work is to let individuals with differences come together and make friends with each other. That is why I take Kveltrild out to the Shire and Bree despite the lore deficit. Also her story as a middle-aged widow gives her some space and social status.

Of Aule and Yavanna

Posted on November 13, 2013 by kveltrildamberbraid

Last night it was impossible for me to sleep because of the situation of the Earth. Governments are enforcing genetically modified seeds all around the world and the farmers and all others seem just helpless about it.

It makes me remember Of Aule and Yavanna. Yavanna created the plants and animals, but Aule’s creation needed fire, so trees were to be felled and burned. But dwarves never exploited the nature for their crafts, there was always a perfect balance between all the elements.

Sauron and Saruman, both were originally Maiar of Aule, turned from that way. Their will is different than that of Aule’s. They do not only utilize the works of Yavanna in order to create something new by transformation, labour, work, skill and craft. But for more power, for corruption and to bring an end to all life.

Yet Sauron is not invincible. He gets defeated twice by those who were closest to Yavanna, nature and things that grow. Corrupted Maiar of Aule cannot stand the power of those close to Yavanna: Luthien, Ents and Sam.

Be it Luthien’s deep love for Beren:

“A love is mine, as great a power
as thine, to shake the gate and tower
of death with challenge weak and frail
that yet endures, and will not fail
nor yield, unvanquished were it hurled
beneath the foundations of the world.” *

Be it Sam’s love:

“In that hour of trial it was his love of his master that helped most to hold him firm; but also deep down in him lived still unconquered his plain hobbit-sense: he knew in the core of his heart that he was not large enough to bear such a burden, even if such visions were not a mere cheat to betray him. The one small garden of a free gardener was all his need and due, not a garden swollen to a realm; his own hands to use, not the hands of others to command.” *

Be it our love for this green Earth… Love is going to defeat you, genetically modified seed.

I hope rays of the stars will unlock that part of everyone’s heart which whispers that we do not own the land, animals, sources, each other… Rather, we just belong to this Earth, like a small fish in the endless ocean, we are a part of it. There is no “other”, no you or me; it is the whole that matters.

I know that Earth is great and strong and the ignorant devices of these little humans will never suffice to change it. Yet, the less painful way is to stay with nature, and try one’s best to raise environment awareness, preach people not to use chemicals and not to spend a hell of money on unncessary technology. That is what I do.

“I will be a healer and love all the things that grow and are not barren.”  *

* All quotes are from J.R.R. Tolkien’s respective works.